I purchased a copy of this book while in college, read it, found it interesting and then placed it on the shelf. After five years I picked it up and gained new insight. At the ten year mark I did the same thing. Within five years of leaving college I had moved into the software performance engineering discipline. The insights from this book on the chaotic nature of the behavior of user populations has been quite insightful when examining the behavior of end user systems and modeling the behavior for performance testing efforts. I would recommend this book heartily to anyone who is looking for more insights into natural systems and how to examine and model the behavior of such systems for analysis.

Born in New York City in 1954, James Gleick is one of the nation’s preeminent science writers. Upon graduating from Harvard in 1976, he founded Metropolis, a weekly Minneapolis newspaper, and spent the next decade working at the New York Times. Gleick’s prominent works include Genius: The Life and Science of Richard Feynman, Isaac Newton, and Chaos: Making a New Science, all of which were shortlisted for the Pulitzer Prize. His latest book, The Information: A History, a Theory, a Flood,was published in March 2011. He lives and works in New York. 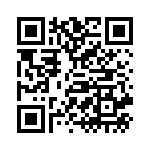