In this true story, James Keene was given the chance to cut his jail sentence for drug dealing short by going undercover in prison, in an attempt to get a serial killer to confess the location of the ... Leer comentario completo

Read because of connection with Kankakee (had business there for 17 years), although no one that I was familiar with and mostly that the fallen football hero was from there. A real life episode ... Leer comentario completo

James Keene is the son of a former police officer who went from high school football star to major-league drug dealer. Serving a long prison sentence, he accepted an offer from the federal government to go undercover as an inmate in the nation’s toughest maximum security prison for the criminally insane in order to help solve the case of a serial killer who was incarcerated there. In exchange, he would gain his own freedom. After his release, he returned to college and earned a degree in business. He now lives in Chicago.

Hillel Levin has been an investigative reporter for The Nation, New York magazine, Metropolitan Detroit, Playboy, and editor for Chicago magazine. He is the author of Grand Delusions and coauthor of When Corruption Was King. 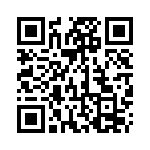